AROUND THE COUNTRY AND BACK - Marshall Platter

The process of offering advice insists upon speaking from personal experience and self-awareness, as the two go hand-in-hand. This Legend driver wears his honest 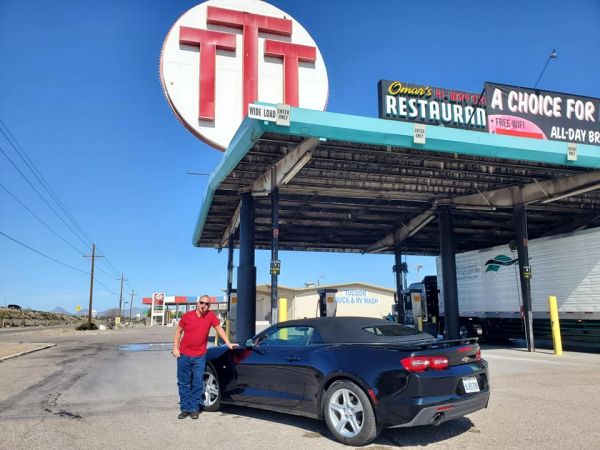 intentions well; enabling his shared information valuable with the ability to influence others through words of encouragement while leading by example. Over the course of his 50-year span operating semi-trucks professionally, there are not many places he has yet to visit, nor types of commercial vehicles he hasn’t driven.

With 6-million lifetime miles under his belt, his extensive knowledge of the transportation business is impressive to say the least. Running strictly as a company driver the last 15 years, the amount of accomplishments attained in years prior have earned him the slightly less chaotic lane versus the strain of the many hats worn throughout his driving career.
At age 21, Marshall opened a trucking company, operating as co-owner while also driving full-time at night and working as a car salesman during the day. ZA Associates was based out of Tucson, Arizona; hauling trailers to Nogales with a rental truck once a week. As business picked up, loads increased to 15 and 20 per week. Marshall left the car dealership, as he and his business partner pursued a more diverse venture into the trucking industry. They purchased a truck to haul steel, tapping into flatbedding. Next, they bought a couple of refrigerated trailers and began hauling produce. A steady account with a major distributor kept their dry van 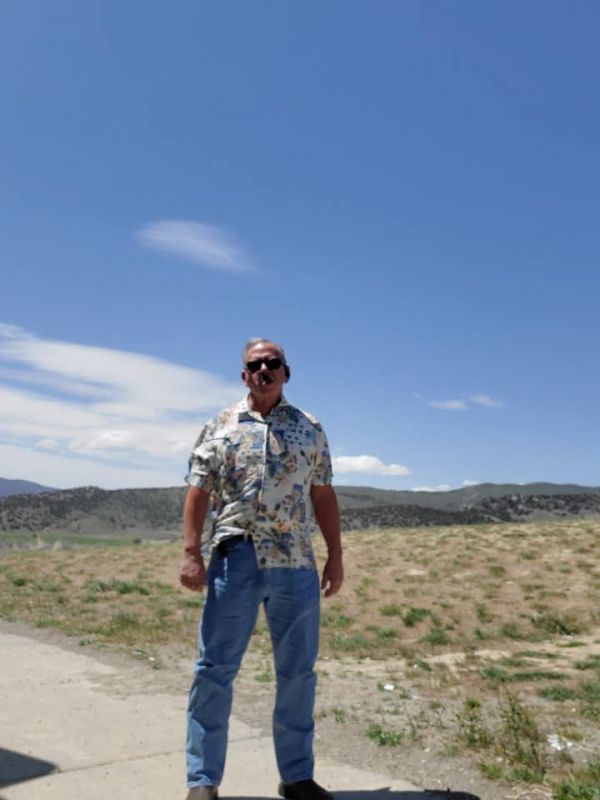 division busy, in addition to moving storage units for a local company. From the mid-70’s until 1984, their partnership proved successful, growing a fleet of 10 trucks before closing the company doors to begin their next career move(s) separately.

Marshall has also worked as a driver recruiter and in dispatch for a large freight carrier. Years prior, he was hired on at a small outfit to spearhead the company’s growth in the LTL produce market. Eventually coming back full circle to operating as a solo driver, both as an owner operator (off and on) before settling into his current role at Halvor Line, delivering refrigerated freight with a 2020 Volvo 680.

Rewinding to the very beginning, Marshall initially cut his teeth in the trucking industry in the cab of a 10-speed, hauling produce at the age of 16. His driving career has unfolded in such a manner that demonstrates a cultivated maturity achieved only through life-experience, coupled with an unconstraint purpose to succeed. Impelled by a decision made daily to approach each day with gratitude and a sense of well-being, unswaying to the days prior or tomorrow’s agenda – by simply focusing on the conviction of a “here and now” mentality, creates an open concept in which a person can minimize stress, and allow themselves a positive outlook. Practiced on a routine basis can further improve his/her point of view, becoming second-nature.

Elaborating on his efforts of looking on the bright side as an idealism, he references videos he posts on Facebook sharing his optimism with followers, along with helpful tips and support for any seeking assistance. Stating,

“Yesterday is history, what’s done is done. There is no going back. Tomorrow is the future; nobody really knows what the future will bring. But today, this very moment is a gift; that’s why it’s called the present. Open this gift and enjoy it to the fullest, and tomorrow will no longer be a mystery.”

Marshall likes to spread the message of living for the present, whether through videos or as a toast at a wedding, the meaning of the sentiment couldn’t be more accurate. He continues,

“You never know what’s coming on down the road, so it’s important that we make the best of what’s going on today. We can’t let yesterday, or any other day rob us of enjoying the present, because right now is what we choose to make it. Why not make it great? I’ll end my videos asking

along with his three siblings in Tucson, Arizona – following his retirement from service. Marshall’s family on his mother’s side resided up north in Indiana where he spent many summers helping farm the lands. Farming was their livelihood; on the side his cousins also drove trucks hauling paper runs over to Chicago and back.

people to find something every day to smile about…”

Originally born in Alabama, Marshall spent the majority of his early childhood relocating from one military base to the next. His father, an Air Force veteran raised Marshall

10-year old Marshall got in on the action, making himself available every opportunity available. The fascination with big rigs was soon born, continuing to grow over the years. As a teenager, he began helping out a neighbor who owned a small produce company. Marshall gladly washed the trucks, mainly because in order to do so, he had to drive the semis back and forth across the street. Slowly, he began gaining a bit of driving experience with each short trip.

By 16, Marshall was asked to fill in for a driver, and deliver a load out to Phoenix. Taking much of his self-taught driving ability, he shimmied behind the wheel of a 10-speed and the rest is history…

A seasoned driver, primed in the field, as well as behind the desk working all aspects of the trucking business. Marshall provides us a brief look into his past during his reign within the traveling carnival circuit. The Royal American Shows were an outdoor carnival company extremely popular on behalf of the lavish fairground rides, live entertainment complete with singing and dancing acts, and many side show attractions. The cultural fairground lifestyle enticed an 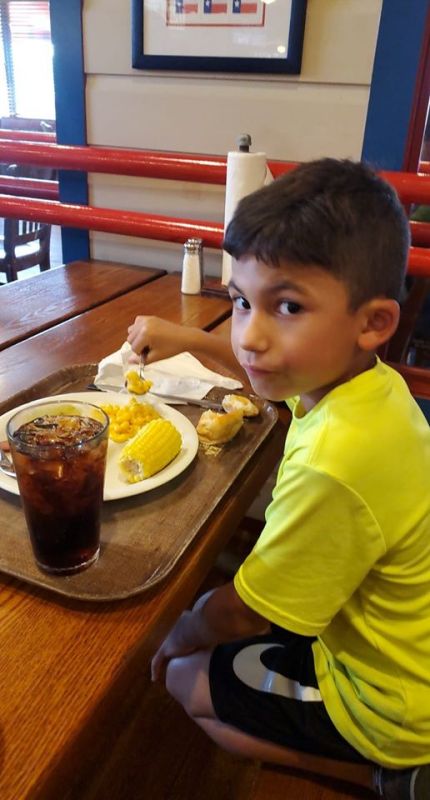 18-year old Marshall to join the carnival life on the road, although his single aspiration was to drive the trucks.

Once on site, Marshall worked the concessions, fully immersing himself into the carnival realm, developing a kinship with his new found traveling family. At the time, they moved the show (hundreds of people, animals, and equipment) on two 70 car section trains until the late 80’s – hosting in all the best spots throughout the states, even into Canada. With new ownership, the carnivals began transportation between locations by truck. Marshall started driving a Chevrolet truck, single axle powered by a 427-gas engine with a 5 & 2 speed transmission, pulling a 40 ft office trailer.

The carnival business landed Marshall in Puerto Rico with another show. During the off season he returned back to Tucson, as he continued to haul produce. In 1984,he moved to Houston, Texas permanently; where he now calls home. Two years later, Marshall welcomed into the world his only daughter, Nanette. Describing their close relationship with pride, he states that being able to be Nanette’s father is his greatest gift in life. When he is not away on the road, he enjoys catching up with her and his two grandsons, Michael (7) and Julian (4).

Neither boys have traveled in the truck yet, but their mother began her road adventures by the time she was 3 years old. Marshall says,

“She has her master’s degree and has been accepted into law school. I am extremely proud of her… I snuck her on to the truck with me when she was just a little girl, and started taking her to see the country early on… I know that I have missed a lot of her life, but at the same time, the time we spent together on the road will always be special to me. So, I guess I must’ve done something right, because she has grown into a wonderful woman and mother.”

Traveling the country, just a father and his daughter, engrained priceless years of memories for Marshall. One particular trip in 1995, they toured Washington D.C. visiting historical sites, many landmarks some may never witness. Their city guide is a long-time friend of Marshall who works within a close network to the inner circle of Washington’s most prominent decision makers. In conjunction, Marshall’s friend made good on his connections…

The year prior to Nanette’s trip to Washington D.C., Marshall went for a visit to catch up with his friend. One conversation led to another, later creating a day in history that may never be repeated. Marshall was granted access to drive up to the White House in his company truck, a Kenworth T600; and park directly in front of the nationally known landmark at 1600 Pennsylvania Avenue NW. With several photos taken, documenting the monumental moment: Marshall had his truck parked in front of our nation’s official residence of the United States president. Unbeknownst at the time, but the reenactment of such an event may be near impossible to create. After 9-11, the strict regulations prohibit commercial vehicles within the area, limiting traffic to pedestrian walkways only.

Since joining the fleet of drivers at Halvor Lines, based out of Superior, Wisconsin, Marshall raves about the staff and the driver-friendly environment.

“Of all my years in the business, Halvor Lines is by far the friendliest company I have ever been affiliated with. Everyone in the office, to our dispatch department; all jump

through hoops to make their drivers happy. The follow-through from everybody involved has been outstanding. They each go out of their way to check on you. Finally, a trucking company that understands the bigger picture. That goes a long way!”

Two pieces of advice that Marshall has based his career upon: good communication skills and maintaining good relationships. A driver’s rapport proceeds their expertise in most given circumstances. Marshall strives to be a part of a winning team. Meaning, his work ethic entails building strong working relationships among his circle in order to keep the flow of business thriving. He explains; pay it forward. By taking care of the dispatcher, he/she may return the favor. Providing excellent customer service keeps the customer happy; the company is satisfied; drivers are provided nice equipment. And the circle flows back around, while everyone remains on good terms. In turn, it all boils down to good communication.

Marshall is a lifetime member of OOIDA, and a charter member of Women In Trucking – thanks to fellow driver and friend, Candy Bass. Having attended a number of WIT events, Marshall explains that the mission on behalf of the organization is one he can fully support. Claiming, it is beyond time for more women to join the trucking industry and to receive equal opportunities, equal pay, and the same respect as male drivers.

Although the transportation industry as a whole has evolved with newer equipment equipped with the latest technology, and the body of drivers continues to become diverse in age and cultures, the one common denominator among the trucking community is the respect between professionals. As they all say, anyone can hug a steering wheel… but it takes a truck driver to get the job done. 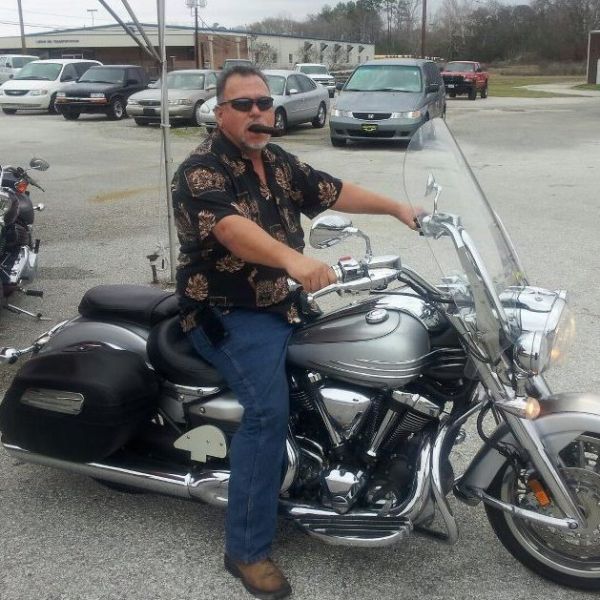