The duties of a professional truck driver entail a lifestyle trusted upon one’s provision garnering the transportation industry, and his or her foresight into the realization of their 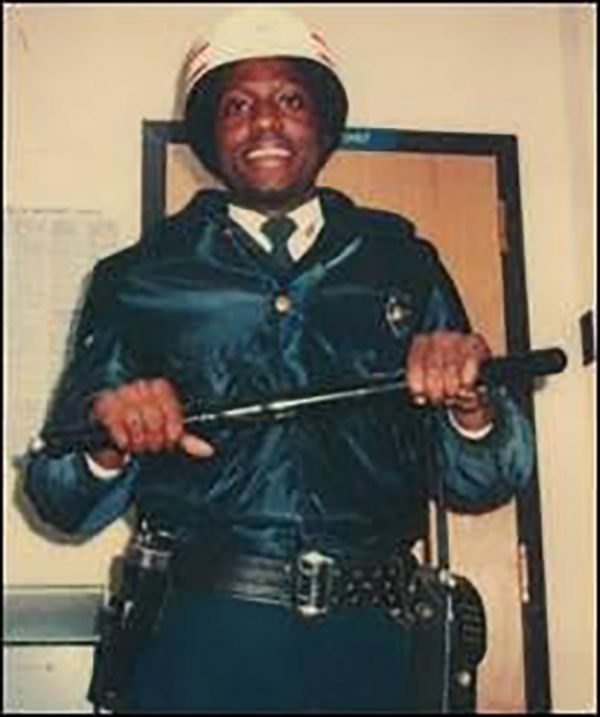 high-demand position. Many drivers accept their responsibilities in acknowledgement of the vital role each contribute to our everyday survival. The service provided by these drivers is more than a profession, but a way of life.

This Legend driver is a military veteran with a background in law enforcement. Transitioning into the civilian workforce, his driving career in the trucking industry has expanded 40 years boasting over 4.2 million lifetime miles. Virginia native, Derrick Whittle is a home-town hero and family-man, known for his upbeat personality and infectious smile. His accolades speak to the integrity and recognition of achievement rendered on behalf of his desire to attain greatness as a U.S. Coast Guard veteran and truck driver.

In addition to his moral obligations to both, he continues to exercise his fealty as a person of positive influence through ministry work. Beloved by his peers, many refer to him as an inspiration and mentor; the epitome of hard work and diligence combined with a genuine enthusiasm for life. Derrick embodies the image of today’s truck driver: respect and perseverance. Joining the driving force of company drivers at Cargo Transporters, Inc. in 1992, he has since earned quite the supportive notoriety due to his unending dedication to the business.

Recipient of such high praise, Derrick remains humbled and reserved, focusing his efforts toward representing the trucking industry in a deferential manner, all the while gaining the acknowledgement professional drivers deserve.

“I do what I love, and love what I do! It’s that simple. I am extremely passionate when it comes to my country and my part in providing a conscience effort to uphold the reflection of who we are as a body of people. To me, personally, I want to portray compassion, kindness, and leadership in all that I do – in my career, as well as my homelife – as a husband, father, minister, and friend. It’s who I am.”

– Derrick Whittle
THE VOICE OF MANY 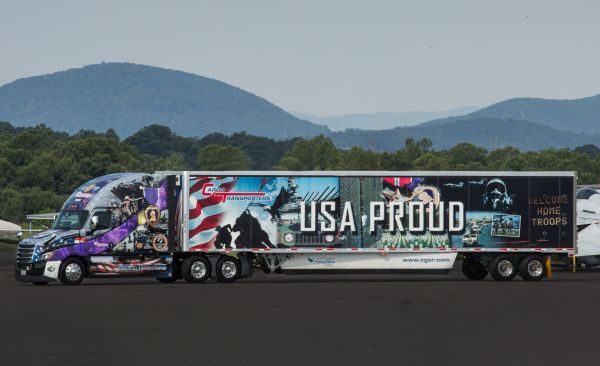 An advocate for safe driving with an exceptional safety record, exhibiting qualities of pride and professionalism, Derrick earned a coveted spot among the best of the best. The American Trucking Associations (ATA) selected him to join the 2015-2016 America’s Road Team; an elite group of 19 professionals, in which each driver serves as Road Team Captain for a term of 2 years. Established in 1986, ATA’s message promotes the essentiality of semi-trucks by way of educating the motoring public with emphasis on the safety aspect. As trucking industry ambassadors, the captains tour the country showcasing the importance of safety through demonstrations and seminars at schools and community events.

During events, Road Team Captains often address the media, students, transportation officials, and elected policymakers from state to state. Their work with these communities have proven effective in promoting highway safety, as well as advancing the industry’s policy goals. Derrick states,

“Our objective is to open the eyes of the motoring public to various issues pertaining to the trucking industry. We, as professionals understand that the license we earned to operate these machines is a privilege – not a right. It can be taken away if abused. We also know that semi-trucks are potentially dangerous if not properly informed. This profession is paramount, sharing knowledge is key, enlightening others on the importance of being vigilant is eminent. Our purpose as captains is significant! It’s an honor to be a part of the Road Team and the message our outreach program stands for.”

The Ride of Pride program was created by U.S. Vietnam War veteran, Ed Keeter. His blueprint initially started as a small venture dedicated to current and prior service members; having grown exponentially, each Freightliner truck is wrapped in a unique, one-of-a-kind military-theme in honor of our military forces. Cargo Transporters, Inc. have been awarded 5 Ride of Pride trucks: Models 2010, 2012, 2014, 2018, and 2019. Derrick served as the pilot of the 2012 for five years, followed by Cargo Transporters’ very own military tribute truck, the Patriot for one year. February of last year, he was assigned the 2019 Ride of Pride truck, accompanied by the Cargo Transporters’ trailer – also designed in recognition of our U.S. military to present during events, community services, parades, and special ceremonies. 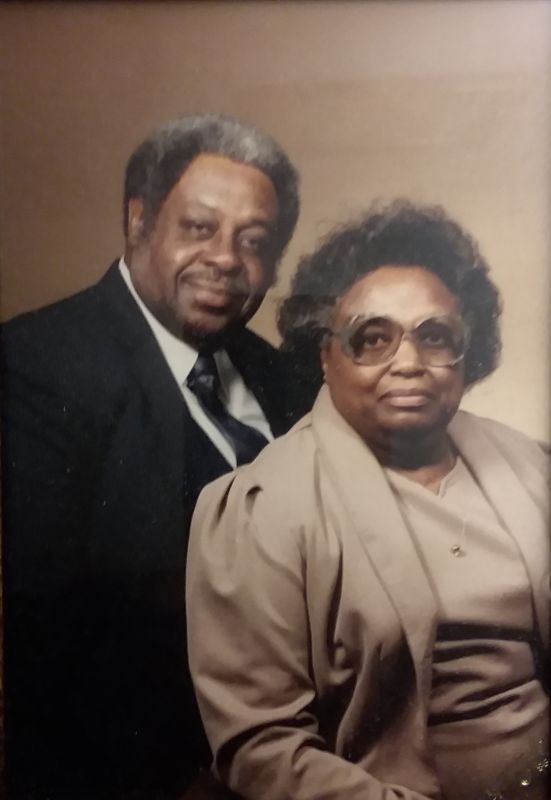 organization that coordinates wreath-laying ceremonies each December to more than 2,100 locations across the nation in honor of the service members who gave the ultimate sacrifice for our country. Their mission states:

Honor those who serve.

Teach our children the value of freedom.

Derrick began his 800-mile journey with the Wreaths Across America convoy in Columbia Falls, Maine down to the Arlington National Cemetery, located in Arlington County, Virginia. Stretching 639 acres (as of 2020), the historic cemetery is the final resting place of approximately 400,000 military veterans; also, including two former U.S. Presidents, William Howard Taft and John F. Kennedy; and the Tomb of the Unknown Soldier – considerably the most iconic monument – symbolizing all of our country’s unidentified fallen, and the sacrifices of each American service member.

The annual event extended 5 days in route for Derrick, with a police escort the entire way. The convoy of semi-trucks is a highly-recognized and respected event. Traffic is paused throughout towns and cities along the way to provide easy passage. Once on site at the Arlington Cemetery, Derrick describes the ceremony as transformative, humbling, and heartfelt. The well-coordinated event is complete with volunteers, veterans, and state officials in attendance.

“There is so much that goes into this event, and so many amazing people are involved – from all walks of life, professions, near and far – each with their own history connecting them to the cemetery. The people that I have met over the years have changed my life. Being a part of this monumental event is an honor in itself, it’s indescribable. From the kids’ faces when they see our trucks in passing, the way they light up with excitement gives me pure joy… to witnessing the sincerity and goodwill of strangers coming together in honor of our nation’s finest heroes will forever be engrained in my heart.”

Born in Danville, Virginia the 5th of 6 children, Derrick describes his upbringing as the stepping stone in discovering who he was destined to become. His parents, Ida and John provided a balanced homelife for their children built on Christian values and strong work ethics. John served in the Army during the Korean War, later retiring from Goodyear Tire; Ida worked full-time tending to their children, and any school or extracurricular activities. 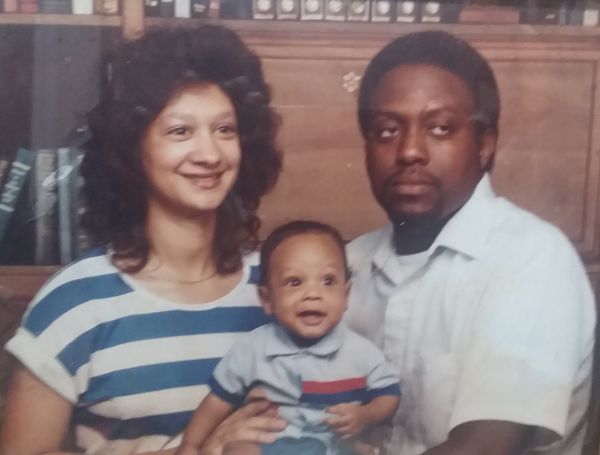 A natural athlete, Derrick excelled in sports such as, basketball and football. He maintained good grades, a quiet social life, and harnessed his attention on a future in the big leagues of professional football. His senior year in high school, with prior all-district nods under his belt and buzz of college recruitment around the corner, Derrick took a hard left – an unexpected career decision – not even he, himself saw coming.

Raised in a military family, the demand of obedience when subjected to discipline was familiar; taking orders didn’t prove to be an issue for Derrick throughout his own military experience. His family consists of several military service members including an older brother in the Navy, along with his father, uncle, and older sister being Army veterans. Derrick’s selected branch of service was the U.S. Coast Guard. He enlisted in 1974 toward the end of the Vietnam Era, at the age of 18. Completely open to the possibility of deployment, his one motive was to serve his country faithfully in any manner necessary. As his military career took shape, each step forward led him into law enforcement.

Similar to his days on the football field, his innate ability to adapt and improve showcased a high-level of skillset, far exceeding expectations of a new recruit. Displaying a beautifully complex combination of instinct and intuition through survival tactics, small arms training, and overall advancement, Derrick was sent to the Law Enforcement Training Center in California to receive training conducted by professional instructors within the Secret Service, Oakland California Police Department, and National Rifle Association. Graduating 7th in his class, the next duty station was located in Elizabeth City, North Carolina from 1977 to 1978. Then, Derrick was sent back to Virginia to receive additional fire arms training. Following a series of formal training environments, Derrick rounded out his military career a qualified expert in weapons.

Transitioning from military personnel into the civilian labor force, Derrick landed in Ohio to be near his sister and brother-n-law, as the two men set their sights on a business project. At the beginning stage of their venture, Derrick pursued a position with the Ohio State Police Department. Before committing, a change of events occurred that led Derrick back to his home state of Virginia. He and his wife, Teresa relocated to the town of Fieldale. Celebrating 40 years of marriage the couple have 3 kids, Derrick, Robin, and Nanniah, and 5 grandchildren – all family members reside in Virginia, as well.

At the age of 29, Derrick announced his call to ministry after what he describes as a long battle of denial and acceptance. In hindsight, during his time in the military and traveling on the road in his truck, there were many “close-calls” that he refers to as teachable moments. In addition to the many hats that Derrick embodies today, as an ordained minister spreading the gospel comes as easy as breathing in a breath of fresh air. It’s not forced or aggressive, yet vital and significantly the link to all things great.

The spiritual gift of teaching is where Derrick’s strength lay. Through life experience, Derrick’s testimony is able to connect with others and resonate whether as a spouse, father, or mentor. A military veteran, seasoned professional driver, and minister; Derrick simply lives his life as a man of favor – willing to be of use to restore hope in a world in need.

“In a way, I’m helping put a derailed train back on its track. As a teacher I help interpret the bible so people can understand and want to learn more, that’s how they grow in their own spiritual journey. I’m just one piece to their puzzle. Helping one person at a time can impact an entire community. Similar to the time I’ve spent involved with Wreaths Across America, I am reminded that there is so much more to life than the everyday hustle of our daily routine. It’s about caring for others… empathy and friendships. If we can’t help our brothers and sisters, why are we even here? That’s the way I was raised, it’s in my heart from our Creator… this is who I am.”